Keepers Of The Rift

There are 6 types of characters in Incuria but you can choose only one of them. This guide will give you some additional information about each class to make the choice easier.

You are free to choose gender for your character - so click the signs to see male and female variants and the way they look while running, rest, standing and attack.

Each character has peculiar characteristics which are appropriate for them. In the game you’ll be able to approve recommended ones or to distribute the points of characteristics yourself. 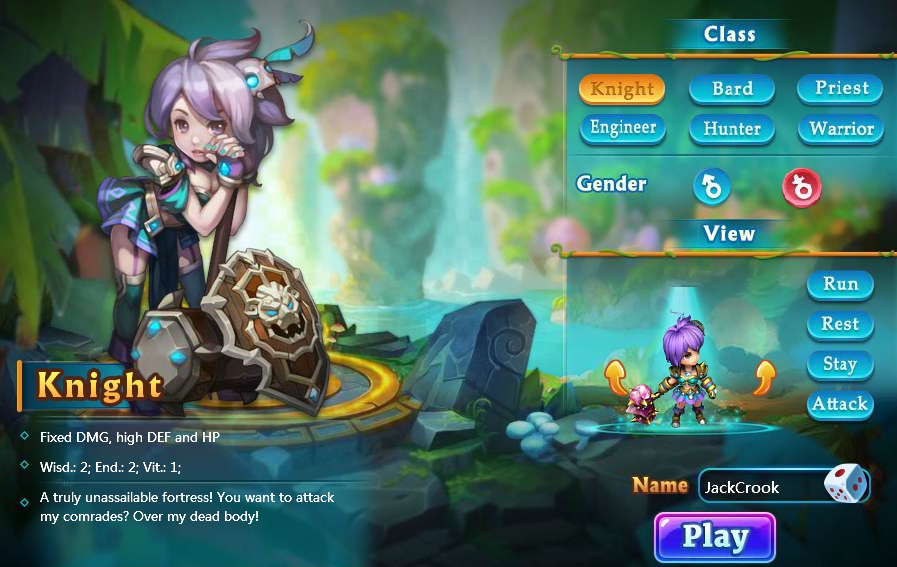 This character is a Tank. It means that Knights have huge defence (both physical and magical) and HP. Knights are the protectors of the party, they can attack the enemy, but the damage will be mediocre. 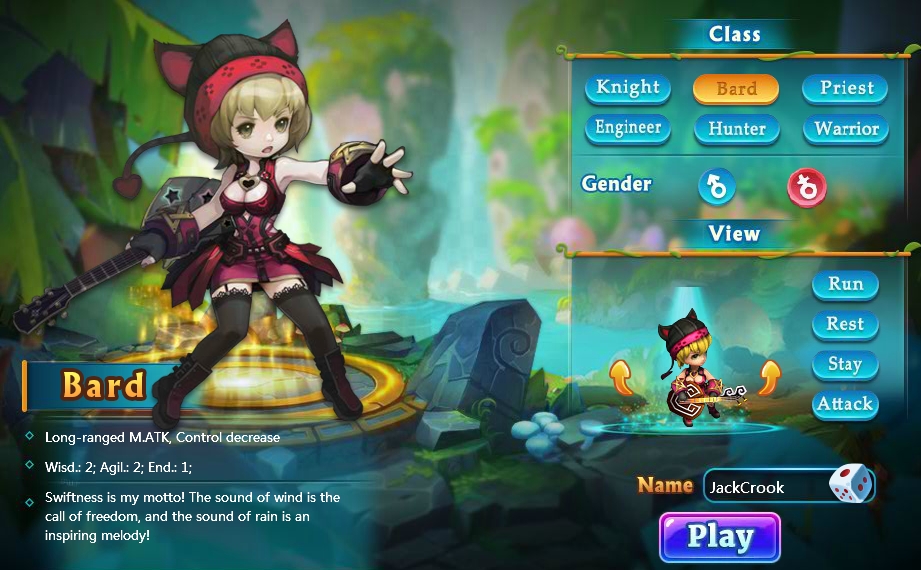 Bards have magical attack and speed (they attack before other characters). The damage is not large but it is compensated with support magic of the class. They cast buff-spells on the allies to reduce negative influence of the enemy 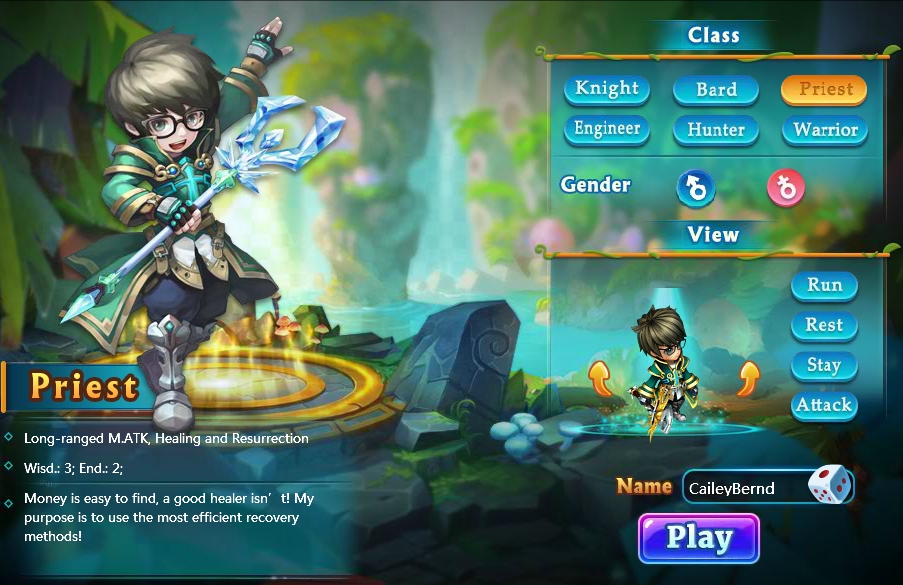 No party can be without at least one Priest. If they are not immortal! Priests are Healers - they can cure allies and their pets or even revive them. If necessary Priests can use magic to attack the enemy but do not expect too much damage from it. 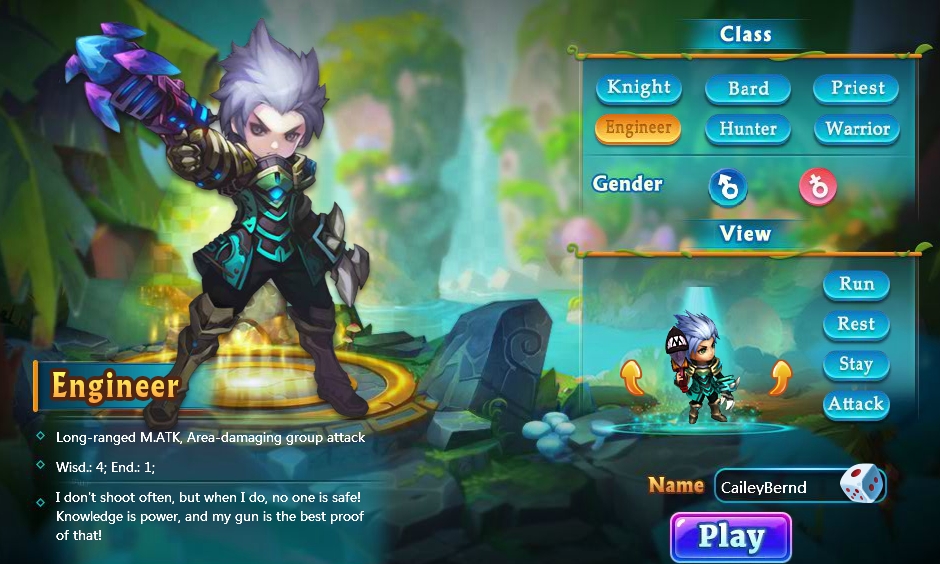 Engineers are masters of control. They can both cast spells to support the allies and debuff the enemies but also they have massive attack which is effective as support for the main damage dealers 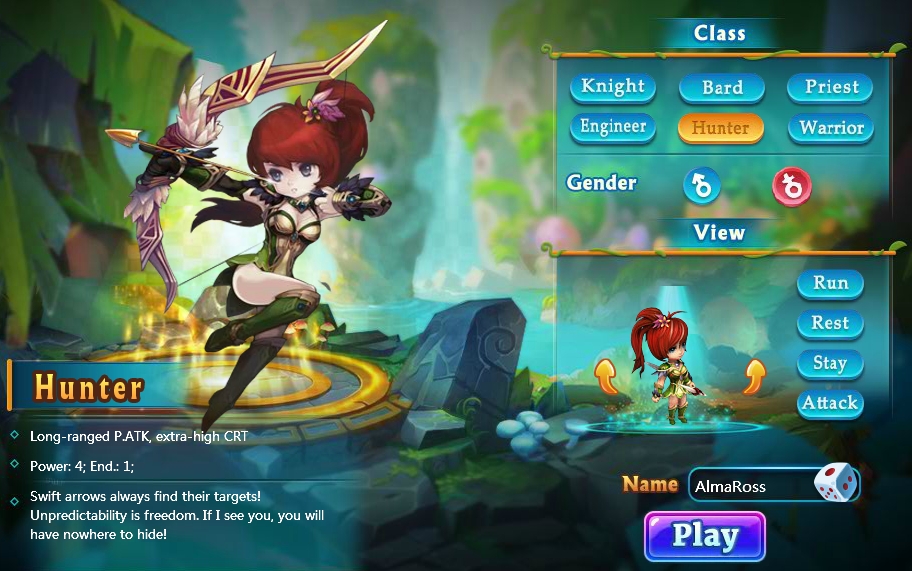 Hunters use their bow and arrows to make great physical damage to the opponent. They can both attack one and several targets - but after the most killing skills they will have to miss a turn before they will be able to continue the battle 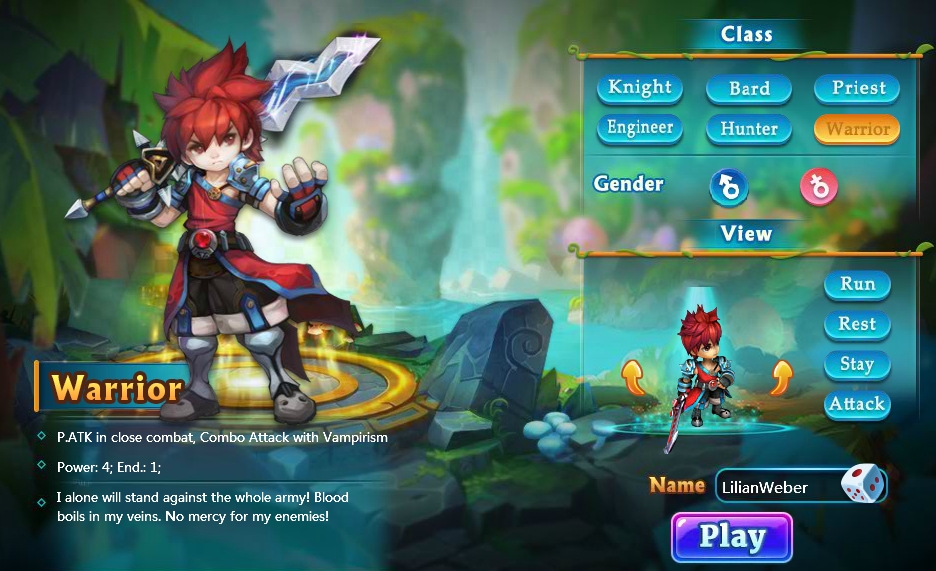 Another physical damage dealer. The peculiarity of this class is vampirism. Warriors are dangerous opponents due to their huge damage but after serious attacks they have to wait to regain power and continue fighting

Choose well and make your character the best!